To have the optimal experience while using this site, you will need to update your browser. You may want to try one of the following alternatives:

Why Does My Oceanside Home Smell So Bad After the Fire? 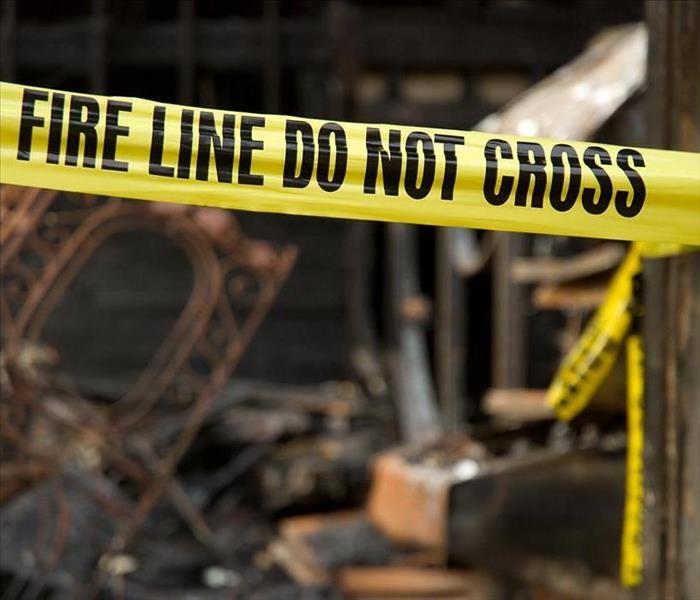 Our SERVPRO Team Can Help to Clean and Deodorize Your Damaged Home After a Fire Loss.

It is often not hard to understand that when there is a fire, many compromising effects can damage your Oceanside home. While structural concerns remain one of your top priorities, other conditions can get addressed during the mitigation phase. Our SERVPRO team has extensive experience and the use of sophisticated tools and potent deodorization products to maximize our efficiency in the recovery of your property.

Many people do not consider odors to be the most pressing fire damage in Oceanside homes, but it can be more of a challenge than you might want to believe. Combustion and burning during a fire can often generate smoke and other odors that could be difficult to overcome without industrial-grade deodorization products and delivery systems. Even with our experienced restoration technicians, we have multiple tools and devices that cater to specific situations, parts of your home, and affected materials. Every burning material can generate its foul odor for our technicians to need to overcome when we arrive, including:

What Should Happen Immediately to Reduce Odors?

There are steps that you can take right away to help reduce the severity of odors in your homes after a fire, but many of these are not solutions that the average homeowner can provide on their own. Instead, many people have trusted the experience and fast response of our SERVPRO team to help. By arriving quickly to your emergency, we can focus our efforts on specific tasks that can lessen the severity of harsh odors that we encounter when we get there. Some of these initial actions might include:

Debris Removal - By using shovels and other methods of discarding our mitigation technicians and in-house contractors can work to remove charred remnants of structural elements and compromised contents. This action can reduce the concentration of both harsh odors and soot threats.

Soot Surface Cleaning - Cleaning surfaces that could be affected by soot is also one of the ways that we could reduce potential harsh odors present in your home. Also, this action can help to provide a safer environment for responding personnel.

Controlled Demolition - Our in-house contractors can perform material removal based on structural damage attributed to the fire and migrating effects. Damaged structural elements can be a concentrated point for odors.

Ventilation - circulating air can help to reduce the immediate severity of odor concerns but might not do much to neutralize smoke scents lingering behind.

What Special Equipment Gets Used to Neutralize Odors?

Much of our success and the deodorization of a fire-damaged home gets attributed to the right tool getting used at the right time. When removing odors, our technicians must carefully decide which of our capable machines and devices is best suited for the current loss effects to maximize our productiveness. Some of our options include:

The choice in what devices get used over other options is a determination of our project manager and crew chief scoping the work to get done in the property before mitigation begins. The choices can get narrowed based on the types of materials affected, the size of the damaged area, and if occupants from the house are still living inside.

Can Odors Go Away on Their Own?

After almost every loss incident from destructive floods to housefires, homeowners believe that some degree of damage will naturally correct itself. When it comes to odors, the production and the severity of harsh scents can mislead property owners to a belief that these effects are waning. In gaseous states, smoke odors can penetrate porous materials and become trapped when these pores shrink after temperatures return to normal after fires get extinguished.

Because odors do not go away on their own, our SERVPRO team needs to implement the right deodorization practices that affect both the open air and trapped odors in structural elements like wood framing, drywall, and ceiling materials. Powerful tools to accomplish trapped odor neutralization are the thermal foggers in our inventory. By heating deodorization compounds to a vapor, it can penetrate porous materials to eliminate odors on contact. Even when residual odors have been neutralized, as indicated by data-driven evidence, phantosmia can still mislead occupants into sensing that malodors remain.

While multiple damaging effects can result from housefires, often odors are among the least concerning of these for customers. In truth, this can be one of the most challenging hurdles to overcome in the recovery of your home. Give our SERVPRO of Long Beach / Oceanside team call today at (516) 536-1801.